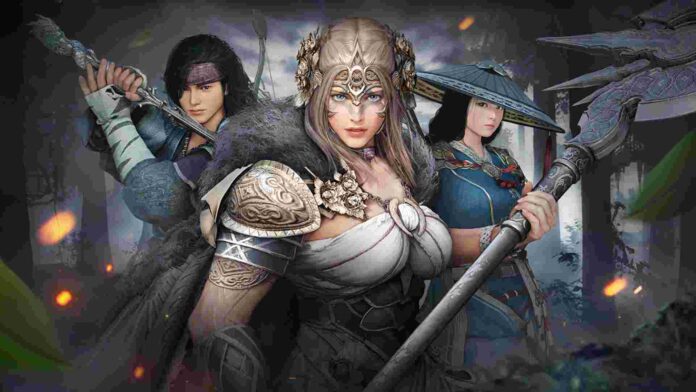 South Korean developer, Pearl Abyss’s famous MMORPG Black Desert Online is still going strong as it nears its one-decade run next year. The video game studio is also working on a creature collection open world title called Doke V. Although the release date for that one is yet to be announced. It’s being developed on the new engine called Blackpspace, some have been eyeing a 2023 release date for this one. However, until Pearl Abyss officially confirms something hangs tight. Besides Doke V, another game is also in a developmental state. Known as Plan 8, it’s a third-person MMO shooter. Furthermore, details about these games are even more obscure. What we do know about it besides the genre is that the devs are also self-publishing this title with plans to release it on PC, Xbox, and PS.

In the current MMORPG space, Black Desert Online stands firm. Games of this genre tend to rely heavily on player retention which is their major source of revenue. While single-player games are just a one-and-done deal, multiplayer games need to create constant new content for the players, if they want to keep their player base happy. Even then, a bad content drop can have a massive negative impact on a game’s life as evidenced by so many defunct MMOs. BDO for now has a good enough player base with it recording an average of 16K players in December of last year. Anyways, the game still features a bunch of issues, and one being the game not updating error.

Before we start tinkering with other complicated fixes, let’s do the simple ones first. Plus, in most cases following these generally solves the problem. In case you are experiencing this not updating issue, try restarting your PC. Do remember to close all apps.

Valve’s Steam launcher has its problems. While it may be much better than other game launchers like Epic Games Launcher and GOG, it sometimes starts malfunctioning due to bugs. Which in turn can cause problems for the games installed. To solve this, close the Steam app either from the Task Manager or through the app itself. Next, open it again and check if the issue persists.

Check if you have an active internet connection –

The game might not be updating because of either a weak internet connection or none. Without the internet, you will not be unable to even access the game. Properly check your connection and make sure it is stable.

Games these days require you to allow them administrator rights to function. To do this, right-click on the Black Desert Online icon. Choose Properties and get to the Compatibility tab. You will notice an option – Run this program as an administrator. Select it and click on OK and apply.

You can also face this issue if you have files missing. By verifying files, you will be able to fix any issue related to missing or corrupted files. To start the process, open Steam and click on Library. Select Black Desert Online, right-click on it, and choose Properties. Next, navigate to the Local Files section and click on the Verify integrity of game files option. Let the process run. If it finds any issues, it will report them and redownload the files.

We hope that this guide has helped you in solving the Black Desert Online not updating issue. If you want to know how to appear offline in Elder Scrolls Online, check out this article. Don’t forget to bookmark us to get the latest on gaming and tech. Game on!!