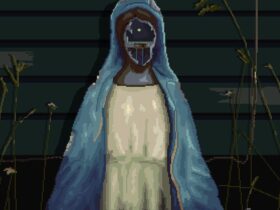 Norco is an unforgettable game about losing and finding religion

Lot 2The game’s latest weekly update had some good news for fans of the game’s old content. In the new This Week at Bungie post, the developer revealed a few more details about the game’s upcoming Rotator system, which will reward players for returning to certain old raids and dungeons every week.

The new Rotator system includes seasonal and weekly challenges that players must complete. In the Season Version, the Season’s new Raid and Dungeon will each award Pinnacle rewards for all of their encounters. The system also includes a raid rotator and a dungeon rotator that gives players Pinnacle gear upon completion.

Weekly rotations, on the other hand, will include any raid and dungeon that is not in the seasonal rotation. This means that you can take on almost any challenge for these rewards. The weekly rotation only rewards players with a Pinnacle drop after completing the last encounter of a dungeon or raid.

The new system also offers another bonus: agriculture. Once this new system is live, raids and dungeons will no longer have lockouts for Legendary gear. This means players can repeat these encounters as many times as they want and qualify for legendary rewards every time.

The Rotational System is ready to arrive at Lot 2 as part of Season 17, which is set to begin sometime around May 25.