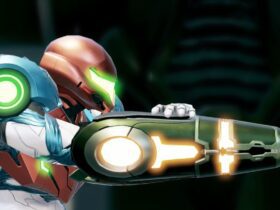 The big boss rush update of Metroid Dread is here

Blizzard Entertainment has rolled out a major new update for Diablo 2: Resurrected on Thursday, a patch that made significant changes to and fixed numerous bugs in the classic click-and-kill action RPG. Patch 2.4 for diablo 2: resurrected is the first major balance update to the game in over 11 years and fixes a number of annoying bugs that players have been dealing with since the original game launched in 2000.

Of note are two long-standing bugs with: Diablo 2 that would have completely wiped out your character’s mana – effectively rendering some classes defenseless – or dealt too much damage – namely fire-enchanted monsters. From Blizzard’s extensive patch notes:

Diablo 2: Resurrected developers said last year that they wanted to address bugs like the above, the unexpected results of miscalculations in the game’s code that have long hurt players. Andre Abrahamian, former game designer at Blizzard Entertainment and lead design for Diablo 2: Resurrectedsaid during a Q&A video session that the team responsible for the Diablo 2 remaster wanted to fix “things that misinform players” but leave “quirks” that players can take advantage of or that became part of the game’s meta as it is.

Elsewhere in the update, Blizzard made substantial balance changes to all Diablo 2: Resurrectedthe seven classes. The team seems to have touched on every aspect of classes, from attack animations to combat skills to class-specific tooltips. (Barbarian players will no doubt be excited about a fix for that class’s Whirlwind ability.) Those tweaks have been in testing since January, when Blizzard brought patch 2.4 to the game’s public testing world.

For a closer look at everything that has changed, check out Diablo 2: Resurrected‘s 2.4 patch notes.