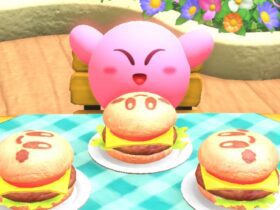 Blizzard Entertainment yesterday released a quarterly update to Diablo IV, and several developers commented on what the upcoming open world RPG will offer players. Recently named game director Joe Shely said Diablo IV would be “an immersive world you can walk through and enjoy getting lost in it.” These words were even more important when environment director Brian Fletcher and lead artist Matt McDaid added that the Sanctuary (game world / mortal realm) boasts five explorable areas with more than 150 dungeons.

It is important to keep in mind what is happening within Activision Blizzard regarding the ongoing allegations about work culture. The ongoing California Department of Fair Employment and Housing (DFEH) lawsuit against the company is an over-reported toxic culture in the workplace. Much of the lawsuit focuses on “violations of national civil rights and equal pay laws”, specifically the treatment of women and other marginalized groups. To find out more about the proceedings so far, including the details provided in the action against Activision Blizzard, please see our previous newsletter here.

There is a lot to do and see in Diablo IV. The dungeons that players encounter are full of dynamic weather, lighting effects and props, so each raid has a unique and personal impression. In terms of visual storytelling and directing, the team focuses on two pillars, “old masters” and “return to darkness.” Artistic director Chris Ryder put it best:

“We approach the creation of the Devil IV environment through a darker and more thorough interpretation than previous works. The ‘Old Masters’ pillar gives us a lens on how to filter our art, given the techniques used by classical painters like Rembrandt, with their controlled use of details, tonal range “The Return to Darkness” column is a continuous line in everything from the dungeon to the lighting, and embodies the idea that the Sanctuary is a dangerous and dark medieval Gothic world. “

There is more information from other Blizzard creators, so click on the link above to read the extensive quarterly update. Dan Tack played a demo of Diably IV in 2019 and ended his impressions with a statement:

“A lot has been said about the gloomy aesthetics that Diablo IV brings, but it’s different to see and play in it. Everywhere there is blood and bodies, a world without much hope, ridiculously dark – after Diablo III it’s a really sharp contrast.” I move around the world and I try to find as many great things as possible before the demo time expires, I manage to clear both available dungeons before the end … The task of mass killing monsters is as satisfying as ever, the loop that I’m sure It will make more sense outside the demo where leveling and customization are not available. While Diablo IV is definitely a long way off, the demo is a great example of where the game is heading. ”

Are you excited about Diablo IV? Let us know in the comments below!