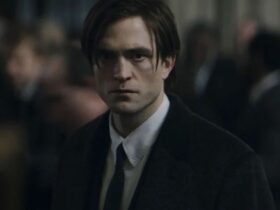 Is Joker in The Batman?

Doctor Strange in the Multiverse of Madness, Marvel’s upcoming sequel, is full of secrets, cameos, and multiverse crossovers… at least we think so. Sadly, the film’s latest trailer, which debuted on Thursday, didn’t reveal Deadpool, Professor X, or any other surprise characters, but it did shed some more light on how Wanda fits into the multiverse.

The trailer shows Stephen Strange in a lot of trouble in the wake of his multiverse-changing actions of Spider-Man: No Way Home, and confronted with some of the new variants he seems to have brought together. Perhaps the most dangerous of these is an evil, three-eyed version of Strange – who may or may not be Doctor Strange Supreme.

More importantly, the trailer seems to suggest that Wanda Maximoff’s Scarlet Witch is just as important to this story as Stephen is. Early on, we hear Stephen complaining about how the days flow together, before Wanda’s voice joins him. Most of the trailer is repurposed footage from previous previews of the film, but there are a few brief glimpses of what appears to be a zombified, alternate universe Wanda that the heroes have to deal with.

The rumors about which characters will or won’t appear in Marvel’s latest film are likely to continue to swirl after this new trailer, which will see fans dissect each frame. For now, though, we’ll just have to assume that any Marvel character could ever be in it. To fuel the speculation even further, Patrick Stewart swore he wasn’t in the movie, and we all know how that ended up last time.