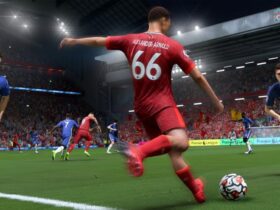 The coolers are great. Not only do they serve an important purpose in keeping our electronics cool and safe, but they have a neat thing where everyone is pointed and flexible. Have you ever stopped and wondered how a cooler is actually made? I’ve never had, until today, but now I’m so glad I know.

Like, how do all those sharp fins come together? Are they stuck on the bottom? Crumpled flat and then cut into shape like shiny pasta? The answer is no, neither of these things is a process that is much more satisfying to follow.

This video, published from the Korean account at the end of last year (but shared this morning lähde: rombik_su) shows a process called sk skiving ’, in which a large piece of copper is laid and this machine, which is very wet, simply cuts it off as if there was a block of cheese in front of it and made burgers. .

Each time it is cut, then the freshly cut piece pushes a little into a vertical position and that’s it. The main part of the cooler, ready for cooling.

While it’s nice to watch, it’s also a little weird because it’s a process that looks more like a World War II production line than anything about creating modern consumer electronics. It all turned out to be cutting has its advantages:

… the splitting process also increases the roughness of the fins. Unlike the underside of the heatsink, which must be smooth for maximum contact area with the heat source, the fins benefit from this roughness because it increases the surface of the fins, where heat is dissipated into the air. The fins can be made much thinner and closer together than sheet metal extrusion or forming processes, which can offer greater heat transfer in high performance water cooling water blocks.

Since I spent this morning looking for more skiving videos on YouTube, I’ll leave you another machine that cuts four coolers at once: