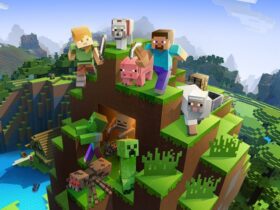 Minecraft Preview is the new standalone beta application for Bedrock

Epic Games Launcher has always been a headache for players. Although the storefront features great offers on games, it isn’t as refined and well-developed as Steam. Recently, many players have reported that their Epic Games Launcher setup wizard is ending prematurely meaning that the installation process isn’t successfully completed. This has caused a lot of issues which is why we have featured this guide on the same. In this article, we will be sharing all the details on how to fix the Epic Games Launcher setup wizard issue where its ends prematurely. Here’s everything you need to know.

Whenever we install a new program, a setup file is launched first and that setup file further downloads the base application and then installs it on the system. Well, Epic Games Launcher can be installed using the same process but players are unable to do so due to an unknown error where the setup wizard abruptly ends thereby canceling the installation process. So, is there a fix to this? Yes, there is and we have shared all the workarounds below. So, without any further ado, let’s jump right into the details.

There are multiple ways using which you can this error. Follow the given steps and you should be able to install the Epic Games launcher on your system in no time.

If you are unable to install the Epic Games Launcher via the Setup wizard, chances are that the directory you are using doesn’t have read/write permission. To enable it, simply head to the directory and right-click on the folder. Now, select Properties and then select the Security tab. After this, go to the User name box and select the Allow option for both Read and Write permission. Once this is done, check if the setup wizard ends prematurely. If it does, continue reading.

Sometimes due to unwanted applications in the background, your system cannot allocate enough memory to the setup wizard which is why it crashes abruptly. So, it is advised that no applications(except system processes) should run in the background during the installation process. You can do this via the Task Manager.

If you are facing such an error while installing Epic Games Launcher, then you must make sure that your GPU drivers as well as your Windows are updated to the latest version. For GPU drivers update, you can head to the official GPU manufacturer website and for Windows Update, simply search Windows update in the Start menu and then click on the Check Updates option.

According to some Redditors, deleting the Epic Games folders and all files related to Epic Games solved this issue for them. So, head to the Programs(x86) folder in your root directory and then find the Epic Games Folder. Now, select the folder and press Shift+Delete. After this, hit Enter to confirm and the folder will be permanently deleted from your system. This will fix the issue and you can install the Epic Games Launcher once again.

We hope these workarounds were able to help you get the issue with Epic Games Launcher fixed. For more such guides, make sure to stay tuned with us on Vabsaga.