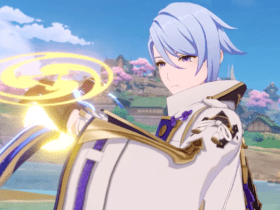 Halo Infinite players will soon have some new multiplayer maps to compete on when Season 2 launches on May 3. The game is getting new maps as part of the upcoming Season 2 update, and developer 343 Industries gave fans their first look at the new battlefields with a preview video on Friday.

One of the cards is an Arena card known as Catalyst. It’s a Forerunner structure with faded silver everywhere, several ramps leading to different heights, hardlight bridges, and plenty of corridors to meet and fight your opponents. It’s exactly what you expect from a classic Halo card. 343 says Catalyst is symmetrical and is inspired by halo 3‘s Epitaph map.

Breaker will be ahead Halo Infinite‘s Big Team Battle mode, which means it’s a lot bigger than Catalyst. Breaker is set in a desert with two massive fortresses that teams can use as their home base. 343 says the map is especially great for Capture the Flag, thanks to its center lane that provides snipers with optimal location lines and the huge pit in the center that you can jump a warthog over… as long as you dodge the giant laser guarding it.

Both maps seem to offer different environments than what Halo Infinite has to offer so far, which should be a nice change for the community. Season 2 update will be Halo Infinite‘s first major content addition since its launch late last year. While Season 2 is set to add new multiplayer content, other additions like Forge and campaign co-op won’t be added until a later update.