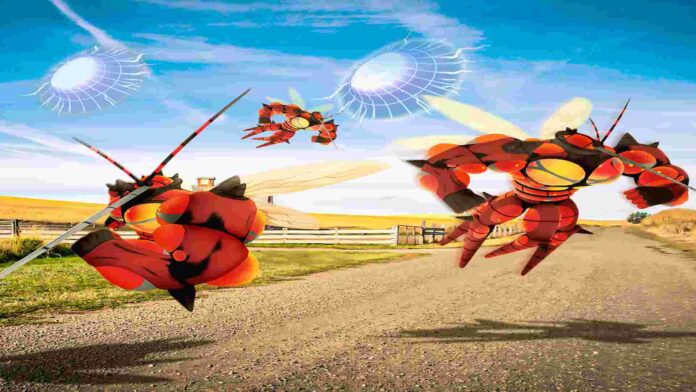 Starting as a cute monster-catching RPG in 1996 for the Gameboy, Pokémon has now become a behemoth in the gaming industry. The franchise is so well known and loved that, it is as iconic as the Super Mario Bros. and The Legend of Zelda franchises. And who can forget the journey of the 10-year-old boy, Ash, and his ever-trusty little mouse, Pikachu, on their adventure to catch all Pokemon! Is it a wonder that Pokémon has become as big as it is today?

The popularity of Pokemon and its games was eventually going to land on mobiles one day. And on July 6, 2016, it finally happened. Pokemon was now on mobile. Niantic, who previously developed and published Ingress, an Augmented Reality game, was allowed to develop a Pokemon game. The studio hence decided to develop a Pokémon game in the same vein as their previous title Ingress. And so, Pokemon Go was born. An augmented reality game where people could catch Pokemon as they walked and traveled. It’s 2022 now, and the game is still going strong as ever. The pandemic did impact the game a little, but it didn’t suffer any major losses. Being a mobile game, Pokemon Go suffers from bugs from time to time as any other PC or console game. Recently, players have complained about hearing no sounds in the game. So, is there a way to fix that? Let’s find out!!

Being unable to hear any audio in your game is annoying as hell. It just breaks the immersion. The same goes for Pokemon Go. But don’t worry. We have some workarounds for that.

Outdated systems don’t work well with apps that receive constant updates. If you are on an outdated system, be it on Android or an iPhone, chances are you will face constant crashes and no response from the app. To update your OS, go to the Device Info tab under Settings and start your update from there.

Just like the previously mentioned outdated system, if the game is not updated regularly when updates are available, you will be unable to fully use it. To update the game, go to Play Store if you are on Android and to App Store if you have an iPhone.

Restart the game and phone –

The no sound issue can sometimes occur due to an unexpected problem in the game’s running process. By simply restarting the game, you can solve that issue. On the other hand, at times your phone may be having some trouble running the game properly. Try to restart your phone and it may solve the issue.

You know sometimes, how you spend minutes looking for a certain thing and then find out that you have been holding it all this time. And you wouldn’t have had to do all this if you had just checked yourself at first. Well, that can happen with this issue too. So, before you panic, ensure that you have not accidentally muted your phone. Check if you have your Bluetooth on and connected to a headphone. Also, don’t forget to head over to the game settings and make sure the audio is turned on.

This one is for only Android users, specifically, Android 12 users. To fix the no sound issue, go to Settings > Sounds and Vibration > Sound quality and effects > Dolby Atmos. Toggle on Dolby Atmos and you will have the issue fixed.

We hope that this guide has helped you in fixing the no-sound issue in Pokemon Go. If you are facing Error 11 in Pokemon Go, follow this guide. Don’t forget to check out, VabSaga for the latest in gaming and tech. Game on!!