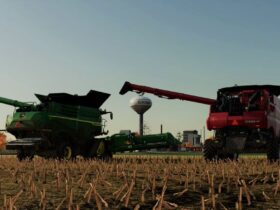 Farming Simulator 22 Force Feedback not working properly: Is there any fix yet

The catching rates of Pokémon have been one of the most essential aspects of the game. All Pokémon have some basic catch rate, which is a percentage that defines how difficult it is to capture that pokémon. The overall capture rate is determined by modifying the basic rate by numerous parameters, including as the wild Pokémon’s Power Up level, rarity and type of pokeball used.

A critical capture occurs when the Poké Ball shakes only once, resulting in a greater catch rate. The Poké Ball will halt in mid-air and produce a metallic sound when a critical capture is made. Critical catches essentially succeed most of the time, and  happen roughly as frequently as Critical hits, making them extremely rare. Nonetheless, even with such a low probability of happening, they’re still worth pursuing.

The critical success probability will be about 84 percent if the normal success chance is 50 percent. Because critical catches are so uncommon, the Pokémon is always more likely to be caught with a standard capture than a critical one.

To increase the chances of Critical Capture, there exists an item to help with this very need. Catching Charm is an item that makes Critical Captures occur more easily. When you capture a Pokémon with critical capture, the ball only shakes once instead of three times.  This also works on Legendary Pokemon, making your National Dex simpler to fill.

“Holding it is said to increase the chance of getting a critical catch. Curiously, the charm doesn’t shake much.”

DS Sounds and how to obtain it:

The soundtrack has been changed for these remakes, however there is a key item in Brilliant Diamond and Shining Pearl for those who prefer the nostalgia of the original music from the DS games. This can be achieved by acquiring the DS Sounds Key item.