Is there an After the Fall Xbox Series X, Xbox One & Nintendo Switch Release Date 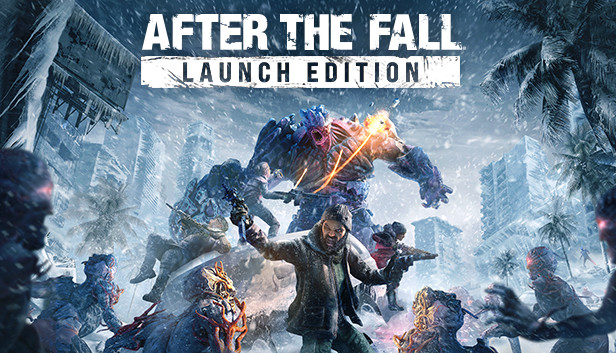 After the Fall combines a VR world shared with players from all over the world with a cinematic and atmospheric campaign. It features an action-packed solo and multiplayer game set in an ice-covered ruin at LA nearly 20 years after the apocalypse. This is a game that focuses solely on VR gameplay, which has displayed promising visuals in it’s trailer.

It will be a 4 player Co-op with an immersive experience which revolves around surviving an apocalyptic world. After the Fall’s primary gameplay pattern is roughly what you’d expect from an online first-person zombie shooter. You can choose to play the game alone or with up to three additional players. The game’s narrative entails that players navigate an ice-encrusted Los Angeles, teaming against swarms of undead. There may be variant types known as “Specials” and huge bosses. Resources must be obtained along the route in order to create and upgrade a range of weapons and skills.

On December 9th, 2021, After the Fall will be available for pre-order in the Meta Quest 2, PlayStation VR, and Steam shops. For those unfamiliar, Meta Quest 2 was previously known as Oculus Quest 2. These are the current platforms that have been officially announced by the developers.

The initial dates for release had to be pushed a bit further due to the Covid-19 pandemic. After the Fall, like many other games, pushed back its release date in order to deliver a game that felt just as good as it did in the trailer. The developers have stated that they are emphasizing on properly integrating the VR experience so that it does not seem rushed.

We’re close, but we need a little more time. pic.twitter.com/vHUGDZxzHT

As of right now Xbox does not have any VR integration. Play Station VR is currently the only proper console dedicate to VR. Aside from the Nintendo Labo toy con headset, the Nintendo Switch lacks a comprehensive VR integration. These factors make it very difficult or even almost impossible to have this game on Xbox Series X, Xbox One & Nintendo Switch. If users want to avail the game on these other platforms, we can only hope for a new console dedicated to VR. Even if there was a new platform, it would be difficult to integrate the game into it until after quite a while.

Much about the game cannot be said until it’s release. But if you want to experience the game while also not wanting to spend a lot, getting the game for PC will probably phase as the cheapest option.