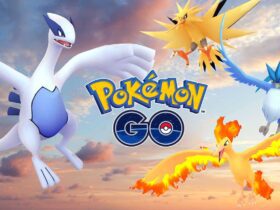 A new EA patent has surfaced online, and the technology it protects could play a substantial role in shaping future games from EA and its studios, most notably BioWare, which is currently working on a new Mass effect play Dragon Age 4† The patent in question concerns the behavior of NPCs, and more specifically, equipping NPCs with the ability to self-learn, allowing NPCs to adapt to the decisions the player makes. Of course, it is not a revolutionary idea or a new idea that NPCs react to the decisions players make. If you play a Renegade Shepard in the Mass effect games, NPCs react to you differently than a Paragon Shepard. However, they do this due to accurate scripting on behalf of BioWare.

So, what’s different about the patent? Well, if you read between the lines of the technical jargon, it sounds like the goal is to make NPCs react not only to decisions players make over the course of a story, but also to the player’s playstyle. In other words, instead of checking if you made a certain decision to influence the dialogue, the NPC would react to all available data about the player and then adjust itself based on this data.

The implications for the new Mass effect and dragon era games are obvious, as this would be an evolution in the BioWare formula, which is based on giving weight to the micro and macro decisions players make by making NPCs and the larger game world react differently based on said decisions.

That said, for now these capabilities are locked up behind a patent. Not only is it common for nothing to ever come out of patents, but even if this patent is used, it could be years before we see fruit, and of course it may not be used in the way we envision.

As always, feel free to share your thoughts and hot-takes in the comments section or, alternatively, reach me on Twitter @Tyler_Fischer_ and let me know there. What do you think of this new patent?