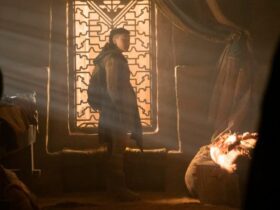 Many fans are anticipating the release date of the next title from Blizzard Entertainment which is Overwatch 2. After the beta went live on April 26th, players got to experience the diverse playstyle and improved mechanics of the game as compared to its predecessor. With that being said, in this article, we will be sharing all the details on the differences and similarities between Overwatch and Overwatch 2 to provide fans with a clear idea of what they can expect in the upcoming title. So, without any further ado, let’s jump right into it.

Overwatch was initially released back in 2016 when the FPS genre was starting to rise above and beyond. As the game was highly engaging with tons of unique characters to choose from, it didn’t take much time for the title to be one of the most played FPS games of all time. Ever since its release, Overwatch has been a highly popular title and its popularity has led to the introduction of a new title to the series, Overwatch 2. Although players are more into the PvE modes of the game, the campaign mode is also engaging with tons of lore to choose from. Well, Overwatch 2 is going to continue focusing on character lore and other additions which we will be discussing below.

Overwatch vs Overwatch 2: Differences and Similarities

Both titles are fairly similar but have significant differences to compare. Being the second entry to the Overwatch series, Overwatch 2 will be having a ton of visual improvements that will ultimately enhance the gaming experience. It will also feature a co-op campaign mode which is just icing on the cake for Overwatch fans. Hero Missions, implementation of a Dynamic weather mechanic, improved sound and visual quality coupled with new and interesting PvE talents and passive abilities game mechanics will allow Overwatch 2 to be more diverse than its predecessor. To top that all off, the unwanted Assault mode will not be making its way to Overwatch 2.

And for similarities, Overwatch 2 will be featuring the same characters from Overwatch(however, new ones will be added soon). The maps in the upcoming title will also be the same but with a slight twist. Overwatch 2 maps will be featuring new routes to the old maps making them feel new and nostalgic at the same time. So, this was everything you needed to know about the differences and similarities between Overwatch and Overwatch 2. For more such articles on new games, make sure to stay tuned with us on Vabsaga.