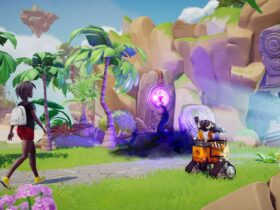 Pikachu has been the most well known Pokémon in the franchise till date. It is an electric type Pokémon who’s popularity stems from it being the franchise’s mascot, thanks in large part to its appearance in the anime series as Ash Ketchum’s starter Pokémon. Pikachu may not have that great of overall stats but it may be the Pokémon if players are seeking for a mono type electric team. Pikachu can only evolve using a thunderstone, which is pretty scarce to find in the overworld of the game.

How to Encounter a Pikachu?

Obtaining a Pikachu will not take too long. Players should have both the Coal Badge and the Forest Badge by the time Pikachu becomes obtainable.  They must also have visited Hearthome City where players need to exit through the southernmost exit. This should lead to Route 212, where the Pokémon mansion is located. Enter the Trophy Garden within the mansion where you may randomly encounter Pikachu and other Pokémon. The Pikachus in this garden will be around level 18 and will not be as rare of an encounter.

A Light Ball may be carried by a Wild Pikachu at some instances. This is a unique Item that increases Pikachu’s Attack and Special Attack by doubling them. In addition, breeding a Pikachu with a Light Ball will pass on the move Volt Tackle to Pichu.

How to Catch a Pikachu?

Thunder stones are the only means to evolve Pikachu, which is a scarce resource that wont be available until late game. Here is the link to availing thunderstones in Pokémon Brilliant Diamond and Shining Pearl.