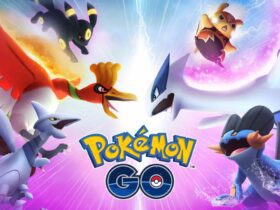 Pokemon Go: How to get high CP Pokemon

Riolu and Lucario have been one of the most iconic fighting Pokémon in the franchise. Lucario has great stats, which combines one of the best offensive types with one of the best defensive types, and moves that can potentially change the course of a battle. Before we get into training and evolving Riolu into Lucario, we need to first get ourselves a Riolu. Here are the steps mentioned below:

During the day, players can evolve their Riolu into a Lucario by increasing its happiness level to a certain value. So, make sure to have Riolu walking with you to increase happiness.

To quicken this process, head to Yellowstone city departmental store and get protein, iron and calcium for Riolu. Make Riolu consume these vitamins in the same order, which will result in a sharp increase in happiness. You can also further enhance happiness by making Riolu carry Soothe Bell which can be acquired from Route 212 in the Pokémon mansion by talking to one of the maids. This step is optional, but will definitely quicken the process of evolution.

The next step after this is to get Riolu some experience. This can be done more quickly if you put Riolu in front of the party and swap it on the first turn during battle. The experience from the battle and accumulated happiness will most likely trigger an evolution to Lucario.