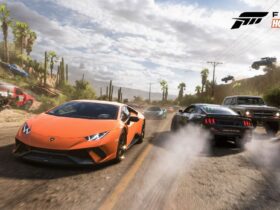 The young prince’s self-assurance leaves him as his stepmother looms over him, her nose looks down at him and literally overshadows him in a scene tinged with ominous red, arched eyebrows and a demeanor entirely attuned to the sharpness of her admonitions to him. . We recognize the characteristics of this kind of character; we’ve seen this story before. Only, not quite. This is the first time we see Queen Hiling, a character who plays all the time Ranking of Kings, becomes one of the most selfless characters in the series, driven by her love for her two sons. Many of the characters in Wit Studio’s anime begin with a similar disparity. Their visual designs and the veiled intent behind their actions create a very different picture from what we later learn from them.

Adapted by directors Yōsuke Hatta and Makoto Fuchigami and writer Taku Kishimoto from Sōsuke Toka’s manga, Ranking of Kings follows that of Prince Bojji, a young heir apparent who is considered unfit to rule due to his deafness and lack of physical ability. There’s a lot to love about the show – most directly the use of sign language, the colorful, graphic art direction, and the often wacky elasticity of the characters. But the ongoing shake-up of almost every first impression made by its characters is just as striking.

With Hiling as the leading example, Ranking of Kings manages many other inversions by appealing to a history of standard characters from classic fairy tales, most of whom will be known by cultural osmosis. In her first appearance, she may seem like the classic evil stepmother according to the Brothers Grimm, seemingly vindictive and disdainful of her stepson Bojji, while her other son Daida easily earns her favor. But as we learn about many of the characters in the series, seeing Hiling in this way is based on a superficial impression, her rigor comes from a place of love and care. The show constantly shifts each figure and slowly digs up their true nature in a sort of dramatic mirror to how Bojji is viewed and underestimated for no other reason than his lack of physical strength. Ranking of Kings likewise arouses superficial attitudes by engaging with character archetypes that can be traced back to folkloric tales.

Although, as in the original stories, there is no completely unified version of each of these types, Ranking of Kings responds to general impressions of and associations with comparable figures. Bojji himself could, somewhat paradoxically, fit into the “youngest son” archetype, where the physically weakest of a group of siblings succeeds on a heroic quest where his seemingly more capable brothers fail, perhaps as in Grimm’s The story of youth going out to learn what fear is or The fool of the world and The flying ship (Bojji certainly “never hurt anyone in his life”), but most importantly Esben and the witch†

The trope in most cases requires a lack of physical prowess, where out of several sons one is rendered as helpless or useless in their chosen profession (here’s that profession, uh, king, but still). But Bojji reveals a hidden strength that exists because of his perceived weakness. The show begins to ask that we judge by observation rather than nostalgic memories, perhaps coupled with how Bojji’s power comes from close observation of people and place. His best friend Kage (literally “shadow”), a former thief born into a lineage of assassins, becomes his steadfast companion. At the same time, his brother, the seemingly arrogant and vengeful Daida, takes on the more hostile role that the older brothers would play in such stories; ruthlessly beating Bojji in a sparring match, mocking his unfitness for the throne and undermining him in front of potential holders. But he similarly reveals new layers to himself, more in keeping with his older brother’s selflessness than expected.

Simply aligning certain characters with Daida compromises the friendliness and honor of various characters. The snake handler Bebin – the dubious connotations of his favorite pet dating back to the foundations of the Abrahamic religion – turns out to be more benevolent and empathetic than such mythology (plus an assassination attempt and his constant luring in dark corners) would suggest. Again, appearance does not disprove personality, as further proved by division, the gigantic and friendly three-headed serpent Mitsumata, (which turns out vaguely more in keeping with the folkloric theme of the serpent as a gift-giver as in the fairy tale The Enchanted Watch and others of its kind.) As a result, an early fight between Bebin and fellow knight Apeas looks completely different at the end of the show. While the show establishes competition and divided loyalties between the two heirs, the line between the two factions is blurred and eventually redrawn as surprising truths emerge about their parentage and their abilities.

The father and the king play similar roles in fairy tales, and in Ranking of Kings the consequences arising from that paternal role are intertwined. The aptly named King of Kings, King Bosse, father of Bojji and Daida, seems absent at first like many fairy tale fathers before him. But he turns out to be actively terrible instead of the usual mean mother figure. Bosse even joins the ranks of the worst anime dads of all time for a while, after participating in some Faustian or maybe Rumpelstiltskin-style bargains for power. (That exchange of children’s lives for power is also no different from Osamu Tezuka’s Dororo or, as my esteemed colleague Juan Barquin has pointed out.)

It’s far from the first anime to play with these characters in this way; for starters, anyone looking for a similar visual and/or narrative experience need only check out Sunao Katabuchi’s beautiful and overlooked feature Princess Aretemaybe Isao Takahata’s The Story of the Princess Kaguyaor Akira Toriyama’s cute mix of folklore and slapstick Dragon Ball† The confidence and classic taste with which Ranking of Kings toys with these tropes are familiar, yes, but that’s part of his warmth, and even part of his deceptively complex presentation of where a character’s fate lies.

Ranking of Kings is interested in extracting the psychology of these characters in a way that fairy tales often don’t. As the late Phillip Pullman noted in a piece for The Guardian:There is no psychology in a fairy tale. The characters have little inner life; their motives are clear and obvious. When people are good they are good, and when they are bad they are bad […] Nothing like that is hidden.” But time and again, the anime opts for concealment and inwardness – a choice that immediately changes the fate of these archetypes, which usually simply serve as representations of a concept, to catalyze a change in the hero. It’s as simple as this: beyond its beautiful presentation, Ranking of Kings is exciting because it turns these well-known archetype characters into humans, with all the complexity that entails.

Even the whole aesthetic of the show is part of the complication of various first impressions, as the cute storybook art style smuggles in some complex political intrigue (and later double crosses and bloodshed). The consistency of its medieval fantasy landscapes and rural beauty means its metaphysical moments are much more powerful – it quite literally looks at character interiors as Daida is trapped in what he might call himself, his self-image distorted in one of the show’s trippier sequences. But it’s all still in that old-fashioned look. The happy and bouncy animation has somewhat idyllic backgrounds and soft silhouettes of the characters, suggesting a much milder and more peaceful world than what we get. Beneath each kingdom lie some deep, old wounds, some of which are still open, with the tragic figure of Ouken (a former prince) in view. So of course Bojji’s heroic journey is at odds with that. As with other shōnen, he chooses forgiveness and mutual understanding, even if it is the most difficult choice, in the face of a surprisingly dark tale of death, lost love and several other tragedies.

The way the show gradually reveals new layers to each of these characters and their perceived strains of tribes is also how they fill in the details of the world around them. The history of Ranking of Kings is revealed step-by-step with each new episode from a new perspective, one that gradually reveals the true nature of the narrator and the events that defined their vision. Hiling’s introduction to Bojji’s life as his new mother is something she’s fought long and hard for rather than simple political circumstances. Miranjo is not just any evil witch, and we discover this the same way we discover the conflict that characterized the transfer of power between the gods(!) and the present kings. Bojji’s appearance, parentage and his father’s actions all tie in with one another. How the kingdom’s past intertwines and connects each character is often unexpected and exciting.

The numerous elaborations of this history and the constant raising of our expectations around the characters work their way into the show’s main idea, spoken aloud by Bojji’s late mother: “hate the sin, but not the sinner.” Daida, Miranjo, Apeas and even Bosse’s mistakes are unforgivable; they’re not bad just because, and so they make for more exciting antagonists. Using others without regard for their past sets Miranjo down a bloody and lonely path. It spares humanization for all its characters; tragic circumstances pathologically drive even the most villainous. With time and understanding of their past, some things can be solved and lessons can be learned. It’s also one of the reasons the show’s relationship with death is the way it is: the characters are not just symbols or sacrifices necessary for Bojji’s personal growth, but also people with dreams and aspirations of their own, who also follow it. being worthy. No one gets killed to make a point.

That general consideration makes the more fanciful moments of Ranking of Kings – his metaphysical journeys, a manifestation of his glorious final battle as David and Goliath scenario – based on both feel and the mechanics of a fable. The traditional stories and their motifs unfold, but with more emotional complication behind them than myopic simplicity. It’s not perfect (the decisive romance is strange to say the least), but such things can be forgiven. It is, after all, a fable.

It’s funny that one of the sweetest and most heartwarming shows of the year stands out for its playful trickery. Though Bojji is so sweet that anyone who looks at him (in and out of the story) is just as quick to swear they’ll take a bullet for him, Ranking of Kings spends much of its time tricking us into believing we can judge the rest of the cast at a glance, too. And time and again we rejoice in proving us wrong.