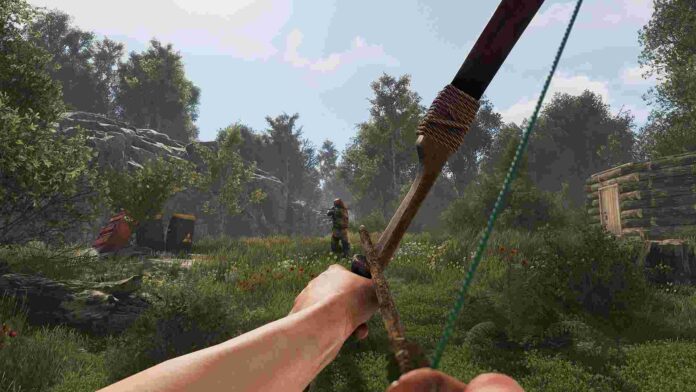 Multiplayer survival games like Rust, DayZ, and Escape from Tarkov are in a kind of weird space in the gaming industry. It’s pretty evident that they have an active player base but at the same time, the games land in the middle ground in terms of popularity. The genre is dominated by the previously mentioned games and has yet to see another contender enter. For the uninitiated, multiplayer survival games focus heavily on the survival part. You steal and gather items, hide from other players or kill them while ensuring that your health remains fine along with your loot. One minute you are enjoying a calm walk through the woods, and another minute you are getting shot at. These games are fun to play, especially if you have got your friends and family with you.

Rust is developed mainly by Facepunch Studios with Double Eleven helping in the console department. While the game incorporates all the features of the multiplayer survival genre, it also adds a twist to them. Rust allows players to make their bases, alone and with other players. Another important part of the Rust experience is raids. If you are going to play Rust, be ready to raid and get raided. Currently, the game is available on macOS, Windows, Xbox One, and PS4. Rust players have been enjoying good post-release content all thanks to the studio’s hard work. On December 2022 it had a staggering 85,816 average players compared to DayZ’s 30,013 average player count. You can take part in this fun too by downloading the game through Steam. Or try it using Steam Family Share, granted it supports the feature. But, does it? Let’s find out.

For quite a while, Rust supported Steam Family Sharing. But like Mediatonic, Facepunch disabled the feature back in February 2021. So users would need to download the game individually if they want to play it. It’s still yet unknown as to why the studio did so. They did clarify that the family sharing feature had been disabled for the foreseeable future. Here’s the tweet by the official Rust account –

We apologize for any inconvenience.

We hope that this article has helped you in knowing about Steam Family Share availability in Rust. If you want to know about the size of the game on PS4, Xbox and PC, check out this article. Bookmark us to get the latest on gaming and tech. Game on!!