Sea of Thieves ‘Can’t Load Captained Ships’ Issue on PC and Xbox: Is It Fixed Yet? 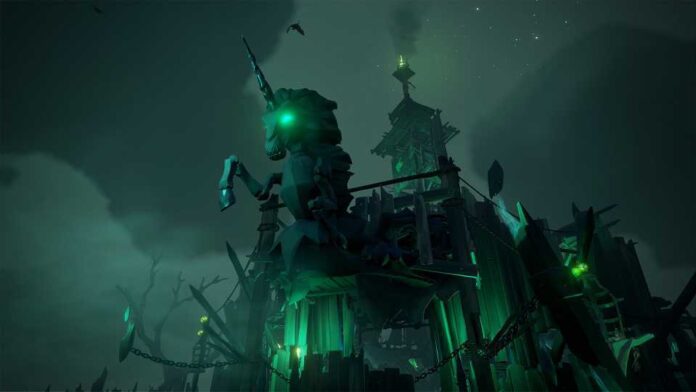 Rare’s Sea of Thieves has completed its fourth run this year. And the game doesn’t seem to be slowing down. Season 8 of the game is starting on November 22 with new content rolling out. Players can expect a lot of new customization content and much more. You can check out Sea of Thieves’ Twitch channel to see what’s coming in Season 8.

Recently, players have reported that they are facing an issue where their captained ships aren’t loading properly. Sometimes not at all. SoT devs have acknowledged this issue.

We continue to make progress in addressing the reported disruptions to Captaincy, loading of ships, and Sea of Thieves services, we will update you all once we have further information.

Well, there is no official announcement of a patch update for this, so fans will have to wait until more news is shared. Meanwhile, are there any workarounds for this issue? Let’s find out!

Sea of Thieves ‘Can’t Load Captained ships’ Issue on PC and Xbox: Is It Fixed Yet?

A pirate without a ship is no pirate. Being unable to see your ships in a pirate game is not something you want to experience. If your ships aren’t loading properly follow these methods-

Online games sometimes face issues due to their nature. Assets sometimes don’t load due to problems either on the client side or the server side. Restarting your game can solve such issues.

New updates tend to cause errors if the player doesn’t have the latest version of the game installed. If you are on a PC, update the game through Steam, and on consoles, install the update through the “My Games and apps” section.

Restart your PC and Consoles –

To solve this error you can also restart your PC and Xbox. At times, this method can fix most issues.

One other workaround to the Unable to load captained ships issue is to start a new session. Server errors can happen a lot and starting a new session can mitigate the not loading problem.

Slow internet speed can lead to faulty loading of assets in the game. Try to check your internet speed and also make sure that the game hasn’t been blocked by your Antivirus or Windows Firewall.

No ships in a pirate game is a more than absurd problem. We hope that this guide has helped you in fixing the issue. We will update it as we get official information from the devs regarding an update. If you are facing a LightbeigeBeard error in Sea of Thieves, look at this guide to solve it. Don’t forget to visit Vabsaga for the latest in gaming and tech.