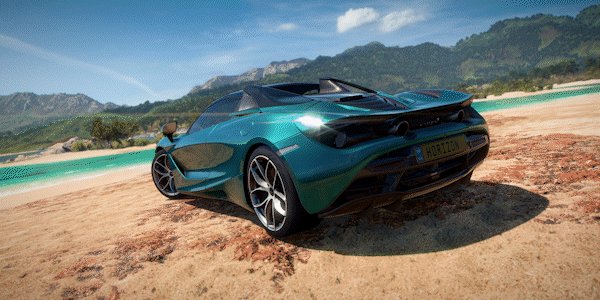 The most recent Xbox and Play Station consoles have been out for a year. With their impressive performances, the systems opened doors to a variety of possibilities. This generation of consoles and PCs has been swept by a slew of high-end games with stunningly realistic graphics.

Here are a list of some upcoming racing games scheduled to be released in 2022:

Gran Turismo was previously thought to be a PS5 exclusive coming in 2021, however it will also be available on PS4. The game missed its intended 2021 delivery window due to delays induced by the coronavirus pandemic. Now it is scheduled to be released on March 4, 2022.

The Publisher – Nacon, plans to release the game on September 22nd, 2022. A racing event will be featured in the game, as well as a feud between two clans – the Streets and the Sharps. You will join one of them and seek to overthrow your rival clan by rising through the ranks. In the following months, more information on the first Test Drive Unlimited game in nearly a decade will become available.

Assetto Corsa Competizione will be released on February 24, 2022, and will support up to 60 frames per second performance. There will also be liveries from the 2021 GT World Challenge season, as well as exclusive multiplayer lobbies. Furthermore, on August 31, 2021, iPhone and iPad users will be able to take their Assetto Corsa gaming on the move with a new mobile game. It may be a little watered down compared to the version of the game on consoles and PC, but it still offers an experience with good visuals and sound.

Grid Legends will be available on the PS5, PS4, Xbox Series X|S, Xbox One, and PC possibly sometime around 2022. The game’s revamped storyline, will contain different locations and be powered by Extended Reality (xR) technology, which is being used in several of Disney’s Star Wars projects. The most recent trailer featured much of cinematic live-action as well as a lot of automobiles racing. The developers appear to be going all-in on the narrative, with actual actors taking on the roles of other in-game characters. In addition, conventional racing modes such as online and offline races will be offered.

On August 6, Adam Bernath, the founder of iGaming Studio, announced that Vroom!, a toy car battle royale game, which will be released in 2022. Players will be able to race one another while driving around in little toy cars. The game will take place in a cluttered child”s  bedroom, with you waging battle against other players in an attempt to gain the upper hand and earn first place. In this out-of-the-ordinary toy car race venue, players will have to avoid and swerve a variety of obstacles, including kids’ wooden blocks, basketballs, soccer balls, bear slippers, and even the occasional toy train.

Need for Speed (Title has yet to be released):

Criterion – the studio behind the Burnout series and the upgraded Need for Speed: Hot Pursuit, was kicked out of the Need for Speed franchise by EA. EA, on the other hand, just bought Codemasters, the company behind DIRT 5 and F1 2020, and has tapped this team to lead the upcoming Need for Speed game. Regrettably, due to the pandemic and other obstacles, the game will not be released until March 2022, despite the fact that it will be available for both the next and current generation of consoles.