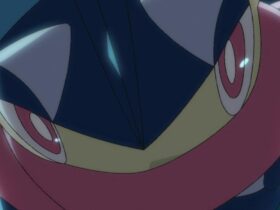 From 2010 to 2014 Richard Cobbett wrote Crapshoot, a column about rolling the dice to bring random games back to light. This week, the Egrons invade Noveria in wireframe starships, and that’s all you need…though not all the plot there is.

I’ve never been able to figure out why flying too low in space kept damaging my ship. Turns out I was flying over a planet the whole time. In hindsight, I probably should have read the manual.

Starglider came out in 1986 and was one of the first games I remember. I was old enough not to be confused by the difference between ‘planet’ and ‘no planet’, but there you go. I once watched an entire episode of Captain Planet without realizing that the TV was off. (It improved the plot a lot, and I’m pretty sure the energy saver saved a whole bunch.)

Starglider was impressive for its time, originally envisioned as a Star Wars game (and while it wasn’t licensed, the similarities are pretty obvious) with fast-paced 3D arcade action, wireframe graphics, and a novella that made a valiant effort to as if the lack of solid shapes wasn’t because computers at the time had as much 3D processing power as the average wristwatch, but instead was a great tactical assistant that any pilot would kill to access in the field.

Jaysan managed to close the canopy with great difficulty. As he did so, the view through the plastic glass changed in an extraordinary way; the walls of the workshop became transparent – as if they had suddenly and inexplicably turned into glass. “Good,” he exclaimed.

The further justification is that the ship you’re flying with – not a Starglider – was intended as a ground attack unit, so being able to see tanks behind buildings and so on represented an important strategic advantage. It is clear that the surface of the planet is densely populated, filled with the most cunning enemies.

…or, you know, not. The sequel later took all these statements and said, “Haha, no.”

Incidentally, the pilot of the dreaded Starglider One – the ultimate alien attack craft of the invading Egrons – is named “Hermann Kruud”. With way too many possible jokes about it to pick just one, let’s just leave it alone. However, we can’t ignore the fact that even though it wasn’t in the PC version, Starglider was a mid-’80s game with its own theme song. Sing along if you know the words…

I didn’t say it was a very long theme song. But wouldn’t it be great if that had become the pattern that future games would have followed, including the developer/publisher stuck at the end?

Enter the danger, in the game, Final Fantasy

Oh, all the wonders you’ll see

Until it’s ruined by linearity

Starglider was one of those games that I played for hours and hours without ever being quite sure of the goal. Of course you shoot stuff. You shoot a lot of things, in a variety of colors and increasingly crazier shapes that range from a red Walker – fair enough, and another reason why I probably should have turned out this wasn’t in space, to break pyramid stuff that looks like their attack method is to pluck planes from the sky/spaceships from outer space. King of the enemies is the yellow Starglider One, a constantly concealing pain in the ass that mocks your lasers up to the 10th generation.

Despite its simplicity as a game and a 3D world, Starglider was full of really cool details for the time. For example, to get missiles, you had to fly into silos – silos that are constantly spinning, in a way that I think warrants a refund on at least one stupid point for the “How could you think this was space?!” thing. You had to line up and zoom in, after which you flew through a fast tunnel and got a missile to go into battle. This was really cool. Fire it and a second screen slides in over the HUD so you can lead it right into a tougher enemy. Also interesting, if not actually pleasure the ship had to recharge along the way by flying right past energy pylons.

As for a specific mission, “Kill that thing!” is probably enough. However, Starglider wasn’t really good at explaining what it wanted. Despite being in a war zone, flying in a silo and asking for a specific mission just delivers “There are currently no missions available!” Real? Not even a generic “Kill everything!” or “Save the world, genius” to start with? It’s pretty clear that shooting down Starglider One is the priority, but I never got close to landing the three missile strikes I’ve heard were needed. I think I grazed it at one point and was betrayed by the ground.

There really isn’t much more to the game than this – it was a simple shooter, but one that I remember fondly, even if I never got very far into it. However, that is true of many games of the era, where manuals only occasionally offered real help on how to play or what to do, and basically finish something was a rare treat. Somehow I doubt the ending would have been worth the wait in this case. I assume it would have been a text screen saying “Mission Complete” or something like that. Yet you never know. A developer who can literally make the Atari ST sing its praises power also be the developer who found a way to get a hollywood quality outro in 100kb or so. No reason to be cynical.

Here are some images of the game in action. It looks simple, but remember: 1986. The sequel followed shortly after, but probably the most famous part of the Starglider legacy doesn’t bear his name at all. The intended Starglider 3 instead went through Nintendo and Mario creator Shigeru Miyamoto, where it became the on-rails shooter Star Fox (Starwing in the UK). The creators weren’t exactly thrilled with that idea at first, but it still made a splash on the console that made “Mode 7” sound cool.

Not a theme song, though. tsk. So much for the progress. 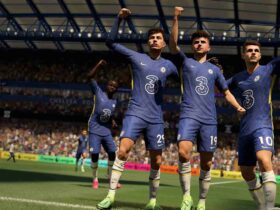 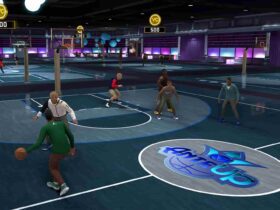 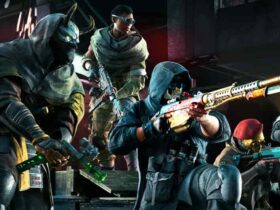 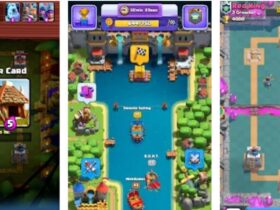