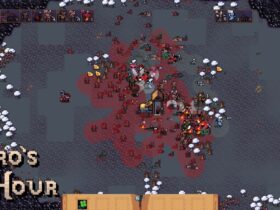 Director Ti West’s New Horror Movie X is a wonderful throwback to old-school slashers. Set in a remote cabin, it features teens who are mostly doomed, and features numerous gruesome murders. Of course, a true classic slasher also needs a sequel, and Xit’s already on its way.

In a recent Zoom interview with Polygon, West explained how he filmed X and the sequel, Pearlback-to-back, and how one of X‘s stars is the key to making both films work. Just in case you have yet to catch up on the first movie before the sequel arrives, X is now available on VOD from services such as Apple Movies, YouTube and Amazon Prime Video.

“The goal was always to [double cast], but I didn’t know if I could pull that off,” West told Polygon. “But that’s a full credit to Mia. Once I met Mia, I thought, ‘We can make this happen.’ Also WETA [Workshop] for making great prosthetics. We had a world-class performer and a world-class securities company, so we were able to do it.”

Pearl will bring back Goth to play the younger version of Xhis killer. While X contains bits and pieces of the character’s backstory, Pearl will show us exactly what happened to the character in the mid-20th century to turn her into an octogenarian killer. While this all seems to fit together nicely, the creation of the sequel was more of a spontaneous decision for West.

X had to be shot in New Zealand due to the COVID-19 pandemic, but at the time the country had a 14-day quarantine for anyone arriving from abroad. That two-week period left West with plenty of time to spare and some fresh ideas, so he got to work on the sequel.

“That’s a long time to be in a room,” West said. “So I had an idea for a prequel. I thought I’d write it in these two weeks and Mia and I kind of worked together over FaceTime. We looked at it like ‘I think this is a great idea. […] There’s a good chance we can make this movie and at the very least it serves as a very detailed backstory for Pearl.’”

West then pitched the idea to A24, X‘s production studio, which was on board right away, so West, Goth and the film crew made X and Pearl more or less simultaneously. Of course, making one movie is hard enough, so making two in a row proved even more challenging, but in a somewhat unexpected way, West said.

“It was really, not making both films but editing them both was the biggest challenge,” West explains. “Because when you got to the end of… Xand you kind of enjoyed that triumph of being almost ready, to be back to zero Pearl was like psychologically, you know, pretty challenging.”

West was reluctant to release much more details about Pearl, but he did indicate that he was finishing the film in the near future and hoped it would be released sometime next year. As an extra little bonus, he mentioned that “the movies are very different.” But we’ll have to wait for our first look at Pearl to see exactly what that means.