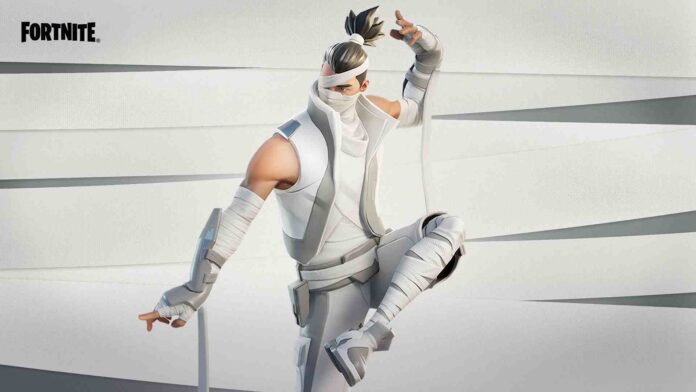 The Fortnite craze is still going strong all over the world and nothing indicates it going down anytime soon. Epic has a golden goose in their hands. A goose that they have been taking good care of since its inception. Collaborating with artists and hosting concerts, Fortnite is starting to become what Zuckerberg wants his failing Metaverse to do. And it’s a good payoff for Epic. They experimented with a risky idea, i.e, entering the battle royale market when PUBG was dominating it and saw success.

It is commendable how Epic has handled Fortnite so far. Besides the problems with their launcher, the company has left no stone unturned to make Fortnite an amazing game. Which it is!! And some things that have helped in doing that is Fortnite’s individuality. Whenever someone says Fortnite, the first thing to come to their mind is the emotes and skins. Let’s be honest, the battle royale and other modes themselves are great. But it is this customization, an ungodly amount at that, that separates Fortnite from the others and attracts new players. And when it comes to skins, no one knows it best than Epic themselves. But with so many skins in the game, how do you know what are the rarest ones so that you know which ones to get later when they become available? Well, we can help you with that. We have a list of the ten rarest skins in Fortnite in this article.

It isn’t easy to keep track of every skin in Fortnite. So, here’s a list of the ten rarest ones to make your task easy –

Available for 1200 V-Bucks in the item shop, this outfit is rare in terms of rarity type. It also happens to be one of the rare skins of all time. Why? Well, because it hasn’t been available in the item shop since it was last seen on 24 January 2019. Furthermore, this skin was released in Season 1 of the game, so you can guess why it’s so rare.

Special Forces may be one of the rare ones, but this skin happens to be one of the most sought-after ones. Belonging to the Marvel Series in terms of rarity type, you can buy this one for 1500 V-Bucks. But you can’t! All because the skin was last on 6 May 2019 in the item shop.

A rare type outfit, Infiltrator goes for 1200 V-Bucks in the item shop. It was last available on 1 August 2019. There’s nothing much special about this outfit except for its rarity.

This one comes in an Uncommon type. Sureshot costs 800 V-Bucks, somewhat less than others on this list. It was released during Season 10 of Fortnite and is part of the Bullseye Set. This outfit only appeared once, during its release – on 26 September 2019, and hasn’t come back since.

Deadfall also is an uncommon type of outfit in rarity type. If it ever becomes available, you can purchase it for 800 V-Bucks. It also appeared during Season X of the game and was last seen – on 2 October 2019.

Now it may be rare in terms of rarity type but don’t judge this one based on that alone. The Demogorgon besides looking the best, is also what you call a really rare skin. What does this mean? It means this skin will not be available anymore in the game unless Netflix(Stranger Things) allows Epic to do so. If it ever comes back (which we hope it does), you can purchase it for 1200 V-Bucks. Demogorgon was last available to purchase on- 6 November 2019.

Where there is a Demogorgon, there’s a Chief Hopper. Coming in at Epic in rarity type, CH was available to purchase for 1500 V-Bucks. It was also last seen on 6 November 2019 and may not be available for the foreseeable future. Unless Netflix changes its mind.

Standing at an uncommon rarity, Dominator costs about 800 V-Bucks in the item shop. This outfit was introduced in Season 2 of the game and has since made an appearance many times over. However, that still leaves it as one of the rare skins and it was last seen on – 8 November 2019.

The last one on our list is Tracker. Like Dominator, this one too is an uncommon rarity type. Costing 800 V-Bucks, Tracker was released in Season 1. Since its release on October 27, 2017, Tracker has made a total of ten appearances so far in the game. It was last seen on – 20 November 2019.

We hope that this article has helped you in identifying the rare skins in Fortnite. If you want to know the rarest gliders in Fortnite, check out this article. Don’t forget to follow VabSaga to get the latest on gaming and tech. Game on!!