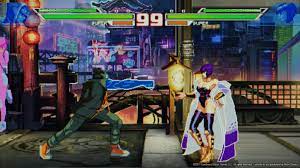 The most recent Xbox and Play Station consoles have been out for a year. With their impressive performances, the systems opened doors to a variety of possibilities. This generation of consoles and PCs has been swept by a slew of high-end games with stunningly realistic graphics. Most of these games are ones that were delayed due to the Covid-19 Pandemic.

Here are a list of some upcoming fighting games scheduled to be released in 2022:

God of War and God of War: Ragnarök:

God of War, Santa Monica Studio’s flagship title from 2018, will be published on PC. The game, which was formerly a PlayStation exclusive, will be released on PC on January 14, 2022. God of War: Ragnarök is set to be released in 2022 on PlayStation 5 and PlayStation 4. We have a better picture of what Kratos and Atreus will face in their forthcoming journey, which will wrap up the Norse epic that began with God of War in 2018.

SNK’s King of Fighters 15 is finally here. It is  the first game in the main series since 2016, which will feature a big roster at launch, with 33 of the game’s 39 characters already revealed. On February 17, 2022, the Xbox One, Xbox Series X|S, PS4, PS5, and PC editions of King Of Fighters 15 will be released. The title has yet to be confirmed for the Nintendo Switch as of right now.

Square Enix published a new trailer for Stranger of Paradise in October, revealing that it would be released on March 18th, 2022. It is a remake of the first Final Fantasy game set in the same fantasy universe. It follows the same premise and narrative of the original. It will be available only on the Epic Games Store for PC.

Blazing Strike, the upcoming 2D fighting game from RareBreed Makes Games, is inspired by classic arcade fighting game series from industry greats such as Capcom and SNK. It evokes the excitement and nostalgia of 2D pixel art genre pioneers while incorporating a unique games system with modern mechanics. It is set to have it’s initial release around 2022 with no specific date.

GigaBash is a multiplayer arena brawler that pits huge monsters (and heroes) against each other in cities and exotic locations throughout the world. Control different titans influenced by classic monster films with up to four players. The game is set to release in 2022, but no specific date has been announced.

MultiVersus, a free-to-play multiplayer fighting game from Warner Bros. It will let you and your friends to battle as Batman, Jake the dog and other renowned characters from Warner Bros. films and TV series. Even though the game’s exact release date has not been confirmed, users have been urged to anticipate it in 2022.

Nobody Saves the world:

Nobody Saves the World is a fresh take on 2D action RPGs in which players may shapeshift into over 15 different character Forms, each with its own gameplay mechanics. Players will take on the role of Nobody, a pale white humanoid that wakes up without any memories. They soon discover a powerful magic wand that allows Nobody to transform into a Slug, a Ghost, a Dragon, and more.  It is set to release around early 2022 with no specific date.

WB Games Montréal developed Gotham Knights, a new action role-playing game. It is set to release around 2022 and will be published on the following platforms: Windows, PlayStation 4, PlayStation 5, Xbox One, and Xbox Series X/S. Players will be able to take on the roles of Batgirl (Barbara Gordon), Robin (Tim Drake), Nightwing (Dick Grayson), and Red Hood (Jason Todd) in the open world of Gotham City. They must work together to deal with the chaos following Batman’s Death.