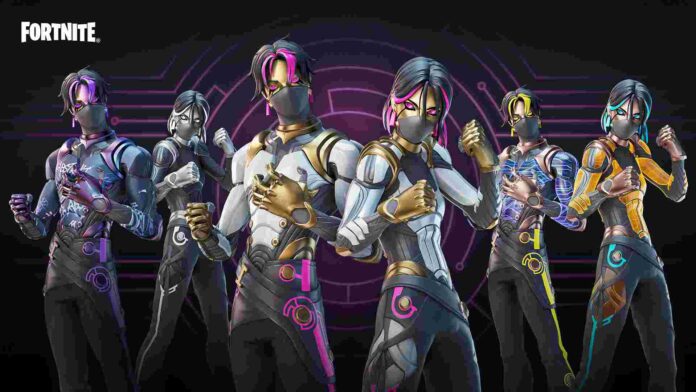 The hype around battle royale is lessening each year, but some have managed to adapt and stay relevant. If you were to ask online what the best battle royale game is right now, you would get two answers- Apex Legends and Fortnite. While these two happen to be battle royales, they are as different as the sun and moon. One focuses on character abilities and swift movements. The other is on quick building and precision.

Epic released Fortnite in 2017 seeing the craze around battle royale at that time. And to their surprise, the game turned out to be an overwhelming success. The battle royale craze especially aided in this success. Now, the game has turned into a cultural phenomenon, collaborating with artists like J Balvin, Travis Scott, Ariana Grande, and Wu-Tang Clan to name a few. The game also allows a massive amount of customization and cosmetics option. So much so that only a few games come close to this level. One of those is related to the gliders in the game. And if you are reading this article then you must be looking for the rarest ones in the game. So, let’s hop into the battle bus and see the five rarest gliders in Fortnite.

Here are the rarest of rare gliders in Fortnite. Keep praying so that one day the gaming gods will bestow at least one of them on you.

The Discovery Glider is unpurchasable in Fortnite. This glider is a part of the Galaxy set in the game. Aside from the rarity, this one happens to be one of the most beautiful and aesthetically pleasing from a design perspective. The purple and starry design give the glider a unique space-inspired look.

As with others on this list, the Snowflake Glider is also unobtainable right now in the game. This one was given to the players who got Victory Royale during Fortnite’s Chapter 1, Season 2. Even if you wanted to, the Snowflake Umbrella is now out of your hand’s reach.

Apart from having a hilarious name, this glider was obtainable during season 2. It was awarded as a tier 35 battle pass reward to the players. Currently, you can’t purchase Sir Glider from the item shop as of this time of writing.

Another of those promotional gliders, Blue Streak was added to Fortnite during Chapter 1, Season 2. You could only get this one if you had bought the PlayStation Plus Celebrations Pack. Since then, the Blue Streak Glider has been unavailable.

The Raptor is one of the oldest gliders in Fortnite. It was released on November 6, 2017, during Season 1. Players were able to purchase this at 500 V-Bucks through the item shop. However, right now it has been almost 4 years since the Raptor was last seen in Fortnite.

And that wraps this up. We hope that this article has helped you in knowing about the top 5 rarest gliders in Fortnite. If you want to know how to get lightsabers in Fortnite, follow this guide. Don’t forget to bookmark us to get the latest in gaming and tech. Game on!!