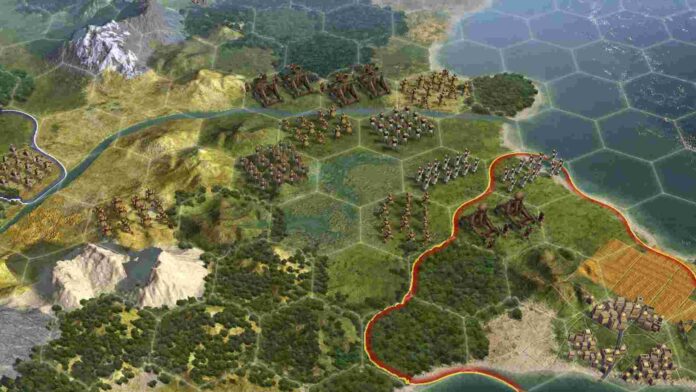 Sid Meier’s Civilization series continues to be the king of the grand strategy genre. The game has inspired so many others like it, and it continues to do so. Nowadays, the grand strategy genre is dominated by Paradox Interactive titles like Crusader Kings 3, Stellaris, Hearts of Iron 4, Europa Universalis, and Victoria 3. But the Civilization series is just on another level. One major factor behind why is it like that is because of its appeal and learning curve. Paradox games tend to vary on the learning difficulty chart from hard to scratching my brains out hard. Whereas Civ games while they do take a good amount of time to master, can be learned easily in one or two play sessions.

The franchise faced some competition when Humankind was released by Amplitude Studios. Thankfully, that game went on to do its own thing as it turned out to be very different from Civ. Firaxis, the devs behind the Civilization series who also happened to be the creators of the X-com series, have announced that they were focusing production on Civ 7. This meant less dev time for the sixth installment of the series, which at this point can be regarded as a complete product due to the number of DLCs and expansions the game has got since its release. But now that Civ 7 is in production and you have lost some 1000 hours into Civ 6, why not download Civ 5 and see what’s the big deal about this one? However, Civ 5 is quite old and some players have reported that the game doesn’t work properly after they updated to Windows 11. So, is there any fix? Well, let’s find out and see!!

As the devs stopped supporting the game quite a long time ago, problems with new software were bound to come at some point. But you don’t need to worry. We have got some fixes that may work for you –

Uninstall and Reinstall the game –

Somehow, this fix has managed to resolve most problems when it comes to it running on Windows 11. To uninstall, you can just open Steam and do it from there. After the files are gone, start your download and install it. If this one doesn’t fix your problem, follow our next workaround.

You can also try this method first if you are hesitant about uninstalling the game. Open Steam, head over to Library, and search for Civilization 5. When you find it, right-click on it and select Properties. Go to the Local files tab where you will see the verify integrity option. Just click on it and see if everything’s all right with your game.

Performing some basic checks like minimum specs required to run the game, uninterrupted internet connection, and having all the required updates in place is a good way to ensure that you have everything ready to run the game. Some tend to overlook these things but they are as important as others.

AV software may sometimes flag your game and not allow you to run it on your system. Disabling them for some time and then running Civ 5 will most likely fix your issue. To deactivate Antivirus, go to Settings > Privacy & Security > Windows Security > Virus & Threat Protection. Click on manage settings and toggle off Real-time Protection.

Being an older game, Civilisation 5 may have problems running in newer software versions. Running the game in compatibility mode, allows the app to find the best-suited version where it can run smoothly. To do that, right-click on the app icon. Select Properties and go over to the Compatibility tab. Next, you will see the “Run this program in compatibility mode for:” option. Check this option and select Windows 7/10. Now, press Ok and Apply. Civ 5 is now ready to run.

Ensure you have DirectX installed –

Almost all games now require you to have DirectX loaded in your PC for them to run smoothly. Some even rely on them for various features. Civ 5 does too. If you don’t happen to have DirectX installed on your device, please do so by going to the Microsoft website and downloading it from there.

We hope that this guide has helped you in solving the Civ 5 not loading issue in Windows 11. Don’t forget to bookmark us to know the latest in gaming and tech. Game on!!