The most played social deduction game that offered countless hours of enjoyable playthrough the previous year with the pandemic around. Among Us, is getting a nex-gen release for PS5, Xbox series X/S.  Innersloth has finally revealed the next-gen release of Among Us that’ll let you experience the ultimate joy of players cooperating together to find the imposter, while the imposter stealthily sabotages other players by killing them. The difference between the original release and the release for the latest generation of consoles is that players will get exclusive Ratchet and Clank-themed skins. Players will also get a special plush toy with their pre-order. Still wondering what else has been planned for the new release of Among Us for PS4, PS5, and Xbox Series consoles? Read on more to know more about the release date of the popular game, Among Us, and the new features it has over the original.

Release Date of PS4 and Xbox Among Us

According to the official sources, Among Us for next-gen consoles will be released on 14th December 2021 in US and Europe regions first. The social deduction game will also be available on Xbox Game Pass on the same day as the release date for Playstation 4, Playstation 5, Xbox One, Xbox Series X/S consoles. However, Japan and South Korean regions will have to wait until 16th December to enjoy the game. While Latin America, Canada, and the US will see a release on 11th January 2022. You can also get the Among Us: Crewmate Edition that features all the DLCs and extra downloadable content that’ll run on PS4/5, and Xbox series consoles.

Locate the impostor in Among Us

The entire game solely relies on social deduction abilities and how well you can grasp the current situation and act on it. How you can find them? or how impostor can convince the party that you’re the culprit? Discover the truth and survive to emerge victoriously on the spaceship. 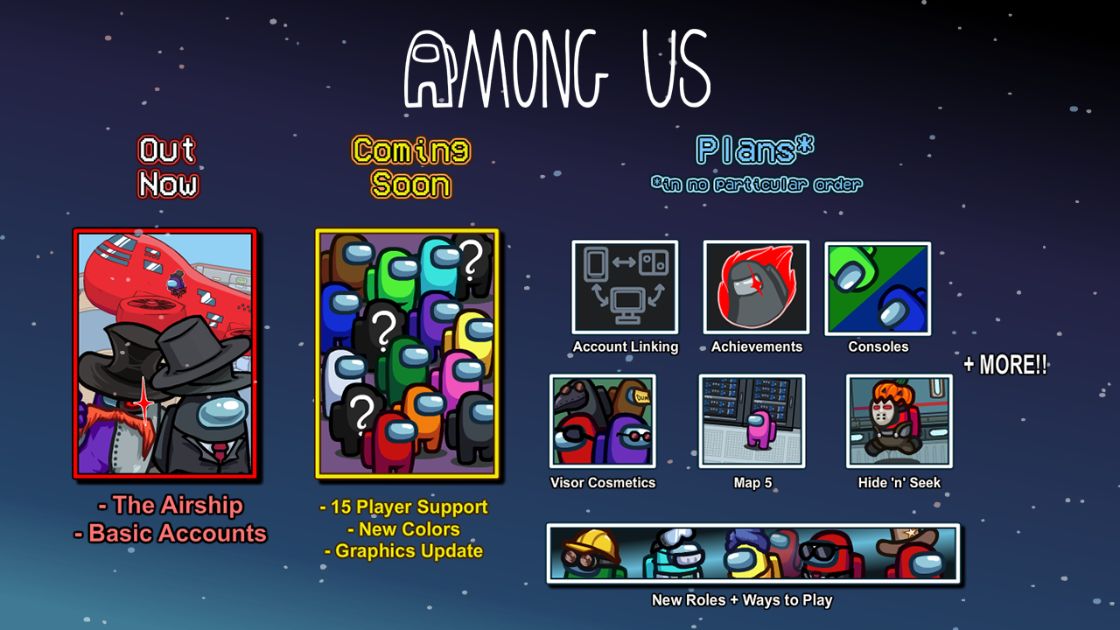 Crossplay support in PS4 Among Us

Similar to the original game, Among Us will support crossplay and multiplayer features for several platforms. Including Mobile, PCs, and Consoles. Now your friends who own a console port of the game will be never left out of the session and will be able to play as same as any other platform. The multiplayer can host a maximum number of 10 to 15 in a single match in the official update for nex-gen consoles, which is quite exciting and will let everyone enjoy the game.