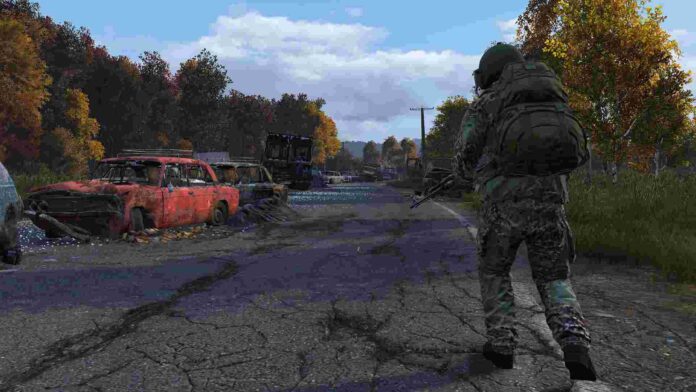 Survival games are dime and dozen in the gaming market right now but only a few can be regarded as good. And when it comes to enjoyable survival multiplayer, the list narrows down even further. DayZ happens to be in the latter. One of the “oldest” survival games in the survival multiplayer market right now, the game was made following the success of a mod of the same name for ARMA 2.

Developed by Bohemia Interactive, DayZ had its initial release on December 13, 2018, on Windows. Later, the next year it saw its launch on PlayStation and Xbox consoles. The game receives content roll-outs regularly and on October 18 of this year, saw the release of the new update– The Secrets of Livonia. Gamers who are eager to play the game can download it right now. But before that, it is always a good idea to know how to get the best out of the game without facing any lag issues. As it is a multiplayer game, players always need to have good fps to enjoy the gameplay and intricacies of it. So, we have got the best DayZ guide available for you to follow.

The first thing to note here is that not everyone has the same PC specs. If you are using a high-end card like the 4000 or 3000 series, chances are you don’t need to compromise much. Well, if you are using a low or medium-end card, you need to do things here and there, to get the most out of your PC. Before we start, it is recommended that you go to your Windows settings and search for Game Mode in the search bar. After you enter Game Mode, activate it.

Don’t leave settings. We still need to do some more things in there. Go to Gaming > Xbox Game Bar > Toggle it off. Next, do the same thing for Background Recording and Record Audio. Now, you can leave settings. It is time for you to go to Graphics Settings. In the settings, you will see a Hardware-accelerated GPU Scheduling option here. Turn it on. This will reduce lag while improving performance. Next, ensure that you have the latest GPU drivers installed. You can also go and activate Radeon Super Resolution (AMD) or NIS (Nvidia), depending on your GPU. Now, we need to head over to power options. Under the “Choose or customize a power plan” select “High Performance”.

Now, it is time to enter DayZ. After logging into the game, head straight for Settings > Video and follow the rest of the guide.

Now, you can go and play a session of DayZ to see how much lag you face. If you have followed every step thoroughly, you will have good fps with little to no lag.

We hope that this guide has helped you in reducing any issues on your DayZ playthrough while you enjoy smooth fps. If you want to know about buying Escape from Tarkov, check out this guide. Don’t forget to bookmark us to know the latest on gaming and tech.